Concerts at the Lobkowicz Palace 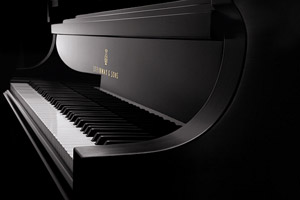 The Lobkowicz Palace - part of the Prague Castle complex, a UNESCO world heritage site - has paid witness for more than five hundred years to some of the most tumultuous periods in European history, from the Defenestration of Prague in 1618 to the German and Russian occupations of the twentieth century. Throughout that time, the Lobkowicz family, thanks to their wealth, industry and entrepreneurship, have acted as guardians of Bohemia's culture as well as with their collections protecting artefacts from other parts of the continent that today we would regard as priceless.

Home to some of the world’s rarest musical manuscripts, including Beethoven’s Fourth and Fifth Symphonies and Mozart’s symphonic transcription of Handel’s famous oratorio, Messiah, the Lobkowicz Palace is a fitting venue for a concert series that draws its inspiration from the great composers of its Czech homeland together with Europe’s masters of baroque and classical music. In an eclectic programme, with both solo and ensemble pieces played by a violist, pianist and flautist, the pristine harmonies written by Vivaldi, Gluck and Bach will vie for your attention with the haunting and atmospheric works of Dvořák, Janáček and Smetana.

The concerts take place in the palace’s seventeenth-century concert hall where your eyes will be drawn to the wonderful paintings that adorn the hall’s stucco ceilings while you listen to the magic being created by the musicians performing for you.

The Lobkowicz Palace is a must-see on anyone’s Prague itinerary. Within its walls, there are artworks by Canaleto, Cranach and Velázquez, fine porcelains, militaria and period musical instruments. With so much on offer from the complex as a whole, including Saint Vitus Cathedral, St George’s Basilica and Golden Lane, with its charming Mannerist houses, the Lobkowicz Palace’s lunchtime concerts provide a welcome interlude to every sightseer’s time in Prague.

Excerpt from the Concert Programme: