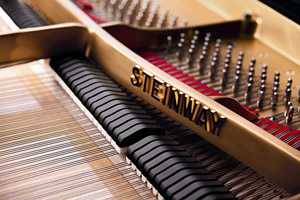 The Vivaldi Orchestra Praga puts on a performance that transcends genre and period boundaries. Housed at the beautiful St Nicholas Church on the Old Town Square in Prague, the classical concert includes signature works by Antonio Vivaldi, Wolfgang Amadeus Mozart and Antonín Dvořák. Each of the three ‘chapters’ of this musical journey is a universe of its own, spanning a different musical era as well as a unique compositional style and world view.

The evening begins with ‘The Four Seasons’ by Antonio Vivaldi, a series of four concertos that have come to define both the composer’s legacy and the Baroque period in Italy. Inspired by his time on the Italian countryside in the early 1720s, Vivaldi used his seemingly boundless musical imagination to make the different instruments in the orchestra imitate the sounds and acts of nature. Thus, a number of distinct bird species, summer storms, booming fireplaces and clear streams all find their musical expression in a celebration of the beauty and power of creation.

Mozart’s Symphony No. 38 ‘Prague’ comes next and feels right at home. The composer wrote it specifically for the occasion of his inaugural visit to the city in early 1787. While Mozart fell in and out of favour in many European capitals during his mercurial career, Bohemia never abandoned him. After the giant success Le Nozze di Figaro enjoyed in Prague, the composer is thought to have penned Symphony No. 38 as a special thank-you to the city that always stood by him.

Antonín Dvořák’s ‘Nocturne in B Major’ from 1883 rounds off the concert’s programme. One of the Bohemian composer’s most famous pieces, it showcases his ability to write both sprawling melodies and energetic passages that flow into one another seamlessly. A simple one-movement structure hides Dvořák’s complex play with harmony and gradual build-up of anticipation. The Czech composer will hold you in the palm of his hand for all of the piece’s nine minutes until the Vivaldi Orchestra Praga brings the evening to a spectacular close.