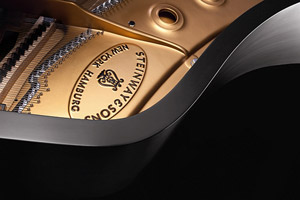 George Gershwin, Freddie Mercury, Leonard Bernstein, Wolfgang Amadeus Mozart, Pietro Mascagni and Jerry Bock – together on one stage? The concert Hallelujah in Prague can make that happen. Performed by the Czech Collegium, these composers’ signature works flow together naturally and shine with the special light of divinity and inspiration. The talented musicians invite you on a musical journey through the centuries united by one single goal: reach for the skies and embrace the beauty of it all.

Hallelujah begins with Mozart’s ‘A Little Night Music’ to set the tone right – festive, nimble, and upbeat. The famous ‘Air on the G String’ by Johann Sebastian Bach brings the intensity down but maintains the melodious feel. Antonio Vivaldi and Gioachino Rossini each make an appearance next, followed by Antonin Dvořák and Pietro Mascagni. As we slowly reach the 20th century, George Gershwin tantalises us with his emotionally charged, slowly dripping tunes like ‘Rhapsody in Blue’ and ‘Summertime’. Bernstein’s ‘Maria’ adds to the romantic atmosphere, as does ‘Melody in F’ by Anton Rubinstein. After citations from My Fair Lady and Fiddler on the Roof, the concert culminates with the classic ‘Bohemian Rhapsody’ by Queen and Leonard Cohen’s timeless ballad, ‘Hallelujah’, which gives the event its name.

Holding the diverse setlist together is the talent and inspiration behind the Czech Collegium, a symphonic ensemble founded in 1996 that has long established itself as a fixture of Prague’s cultural life. The talented group of musicians includes a string quintet, a trumpet, and vocalists whose rapport and professionalism let them weave musical stories and mix genres and epochs effortlessly. The Collegium is well versed in centuries’ worth of musical styles and compositions, and their ability to rearrange, mix and match different genres is noteworthy. The concert Hallelujah is just the latest example of the ensemble’s lasting ability to build musical bridges and to keep audiences entertained with quality and variety all rolled into one.